Pursuant to Article 14 of the Law of Georgia on Broadcasting and the Code of Conduct of Broadcasters adopted by the Georgian National Communication Commission (GNCC) in 2009, broadcasters are obliged to establish an efficient complains mechanism for considering customers’ complaints.

If  a broadcaster breaches the Code of Conduct, apply to us through filling out a provided questionnaire and the Media Development Foundation, MDF will present your complaint in a broadcaster's self-regulation body.

MDF regarding the TV story aired by "Qronika" 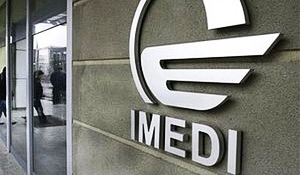 MDF statement regarding the TV story  aired by "Qronika" on August 1 Media Development Foundation, MDF expresses its concern regarding the TV story aired on August 1 in news at 20:00 by the TV Company "Imedi,” concerning the murder of Mariam Kochalidze in Batumi, stating that this murder was committed on religious ground. Without verifying the information, the editorial aired the statement of victim’s mother made on emotional background and stating that the alleged murderer conducted the ritual of sacrifice.  We welcome the fact that the TV Company "Imedi” responded to the address of the Georgian Muslims’ Union calling on media to avoid spreading unchecked, one-sided information that could encourage hatred and promote negative stereotypes related to Islam. However, we believe that the response of the TV Company was not sufficient due to the following circumstances: TV company "Imedi” in the statement sent to Media.ge dissociates itself from the assumption expressed by Mariam Kochaladze’s family members and notes that it does not represent the position of TV "Imedi”. It is also noted in the statement that "neither news anchor, nor the journalist have attempted to interpret this version” which in our view is incorrect because in the brief news of "Qronika” at 20:00 the anchor of the news program announced without indicating the source: "The ritual of sacrifices and conflict on religious background. New details in the crime story from Batumi”. By this statement, the editorial assessed the incident which is being investigated, as a religious conflict and offered sacrifice as a confirmed fact.  TV company violated the regulations of the articles 13 (1,2) and 14 of the Code of Conduct for Broadcasting obliging broadcasters to ensure the reliability of sources and accuracy of facts, to prevent airing of incorrect or misleading information; Also there was the violation of the regulation 2 of Article 18, which states: "The program or report will be considered biased if it lacks comprehensive information on important facts, is based on minor facts, misleads the audience intentionally or unintentionally, or conveys biased views of a person in a hidden form.” The editorial did not take reasonable steps to verify the accuracy of the facts reported. The crime committed on religious backgrounds is an aggravating circumstance by the Georgian legislation, however the journalist had not rechecked with official investigation the version provided by the victim’s parent and addressed for the comment the victim’s godmother. The Code of Conduct for Broadcasters obliges a broadcaster to recheck information with at least two separate sources: "Broadcasters, as far as practicable, should rely on first hand sources and gather information themselves. As a rule, broadcasters should not rely on a single source but seek to obtain information from other sources.” The emotional condition of the victim’s family members is natural and understandable, but media should be very careful with the expressions made in such circumstances and air such sensitive topics only after rechecking the facts, in order to avoid misleading the audience. In addition the news program of TV "Imedi” violated Article 31 of the Code of Conduct for Broadcasters,  stating that "Broadcasters shall refrain from publishing any material likely to incite hatred or intolerance” on the grounds of religious convictions, as well as the Article 33. According to the regulation 1 of Article 33 "Broadcasters should avoid drawing unjustified parallels between ethnic or religious origin and negative events, including associating activities of specific individuals with the entire group.” In case of TV "Imedi” the incident was qualified as a religious conflict in a completely unjustified manner. Taking into account the numerous facts of violation of the regulation of the Code of Conduct for Broadcasters, we believe that the respond of the TV company ‘Imedi” to the appeal of Georgian Muslims’ Union is insufficient. We call on this TV media: • To correct important factual mistakes publicly and immediately through a proportional means and forms, scheduled appropriately, as required by the Article 13 (3) of the Code of Conduct for Broadcasters. And we call on media: • Report on such sensitive themes with more accuracy and protect the norms and regulations stated in the Code of Conduct for Broadcasters aimed at ensuring "that any broadcasting licensee and especially, the public broadcaster be equally responsible for observing standards of professional ethics and be accountable to the public as being necessary to protect ethics and human values, strengthen social consensus and promote tolerance in a democratic society”. Media Development Foundation, MDF August 3, 2013